Written by : Founder of Family Dynamics

In recent play therapy cases, several of the children’s emotional problems were related to their young siblings’ relationship. Most of these problems were not caused by major arguments, but rather by subtle interactions in which each child was seeking the mother’s attention, comparing how much positive feedback they received from each other, and comparing who the mother “loved” more! Children often fight with each other because they are jealous of their siblings and take the opportunity to vent their frustrations.

It is true that everyone is “biased” and so are parents. Both inborn and nurtured personalities can lead to a preference for certain behaviors and behavioral patterns. If parents do not think about this, they will not suddenly become more open-minded because their children are their own.

Parents may be more appreciative of certain traits and more resistant to certain traits in their children’s different personalities. This is understandable. The problem is that parents must be aware of this situation and be aware of it and allow themselves to grow beyond the narrow framework of their parental role, increase the breadth and width of their own vision, learn to appreciate the differences in their children’s personalities, and appreciate their children’s unique strengths from the bottom of their hearts, and pass them on in their daily lives so that their children can receive them and affirm themselves. This will prevent the problem of sibling rivalry from worsening and causing unnecessary jealousy and suspicion in children.

The mother’s role is especially important during the early years of a child’s life because the quality of the mother’s interaction with the child has a critical impact on the child’s self-worth and sense of security. In these recent cases, it was not uncommon to find that the children had a sibling in the family who was cheerful, understanding, and liked to express herself, and was well liked by adults and teachers. I could see the mother’s joy and pride when describing her child. No wonder the children in these cases often felt compared to the others because they were more introverted, reticent, shy and cautious. 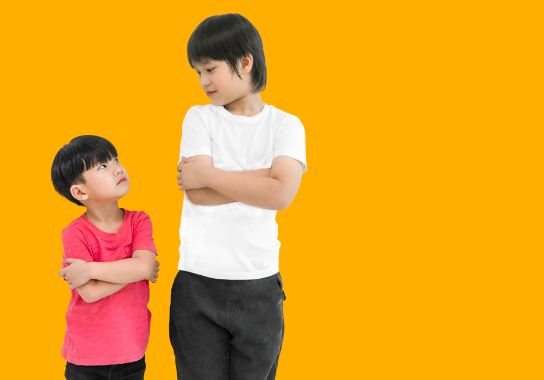 One mother was aware of the need to appreciate her son’s abilities, so she kept praising him, but in terms of character, she inadvertently encouraged her son to follow her sister’s example by expressing himself more and integrating into the group. However, this is not the nature of the child’s character and makes the child suspect that there must be something wrong with his or her character that cannot be accepted by the mother. This internal pain can easily turn into jealous emotions towards the elder sister, making the parents feel that the child’s attitude towards his/her sister is unreasonable, and further preventing the child from breaking out of this negative cycle.
I suggest that parents should not compare their children. For children who are more introverted, shy, reticent and cautious, they should be more reassuring: “ You do not need to force yourself to play with children like your brother, you quietly observe is already a kind of participation, when you feel at ease then go out to play is not too late. Or, “Not every child needs to be as talkative as their elder sister or like to perform in front of people; Mom likes it when you can express yourself as you see fit. “ 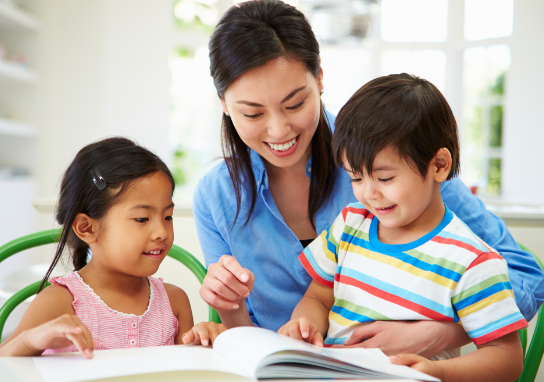 For children who are more reactive and impulsive, listen to them first and then help them correct their behavior if it is safe to do so: “You are reacting so strongly to hit your brother, you must feel very angry inside, let me hear how you feel, okay? Sometimes parents do have to deal with their children “fighting for something,” but more often than not, what parents need to do is to meet their children’s psychological and emotional needs and affirm their true nature, so that their children can naturally get along well.